This May we will be hosting an official OpenCup for Medal of Honor Allied Assault Default and Realism! Make sure your team signs up quickly ... 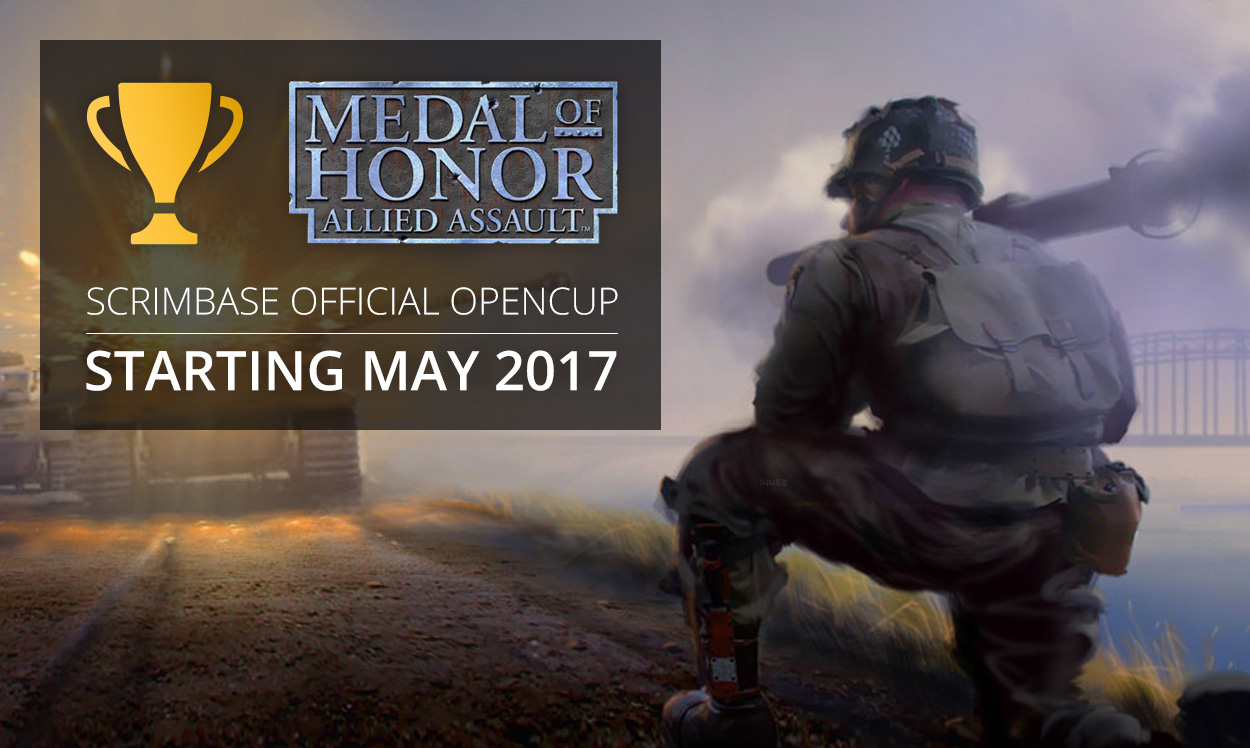 While our own tournament system is not finished yet we still want to host a tournament this summer. That's why we will be hosting an official Default and Realism OpenCup for Medal of Honor Allied Assault. With that said, we will be using Battlefy as brackets system but you will still be awarded with official gifs and achievements on ScrimBase for winning this tournament.

The cup will be mainly 4on4 but teams can agree on playing 5on5 if both teams have enough players, if not matches will be played 4on4. Having MoHAAX is mandatory and will always be used in cup matches. Other ScrimBase rules for the specific ladder will also be applied to this cup, like for example having to record a demo and screenshotting the scores.

We haven't decided on the match scheduling yet, we would like to hear your opinions on that and if there are any questions regarding this cup, make sure to ask them beforehand so we can answer them.

Last but not least, the teams ranking 1, 2 and 3 will be awarded with an official ScrimBase achievement and a Cup behind there team name on ScrimBase.

Everyone good luck and have fun in this first OpenCup!

Posted on 6 May 2017 at 17:23 by pstN from ScrimBase Crew
We have detected AdBlock. Please disable AdBlock on ScrimBase!

Good to be back I was a ex mohaa player back in the day played with 6s / sixth sense wR! [BMF-E] be good to get back in touch with some of the ex old school players

what a good story brings me as much memories as in clanbase the players of the old school let's start playing then.

That's the plan right now, though we need a solution for when both clans can't agree on a date, back in the CB days, they would force a date.