It's time to signup for the ScrimBase Medal of Honor Allied Assault Summer Cup 2020. Because of all the changes we gathered the information you need in this article... 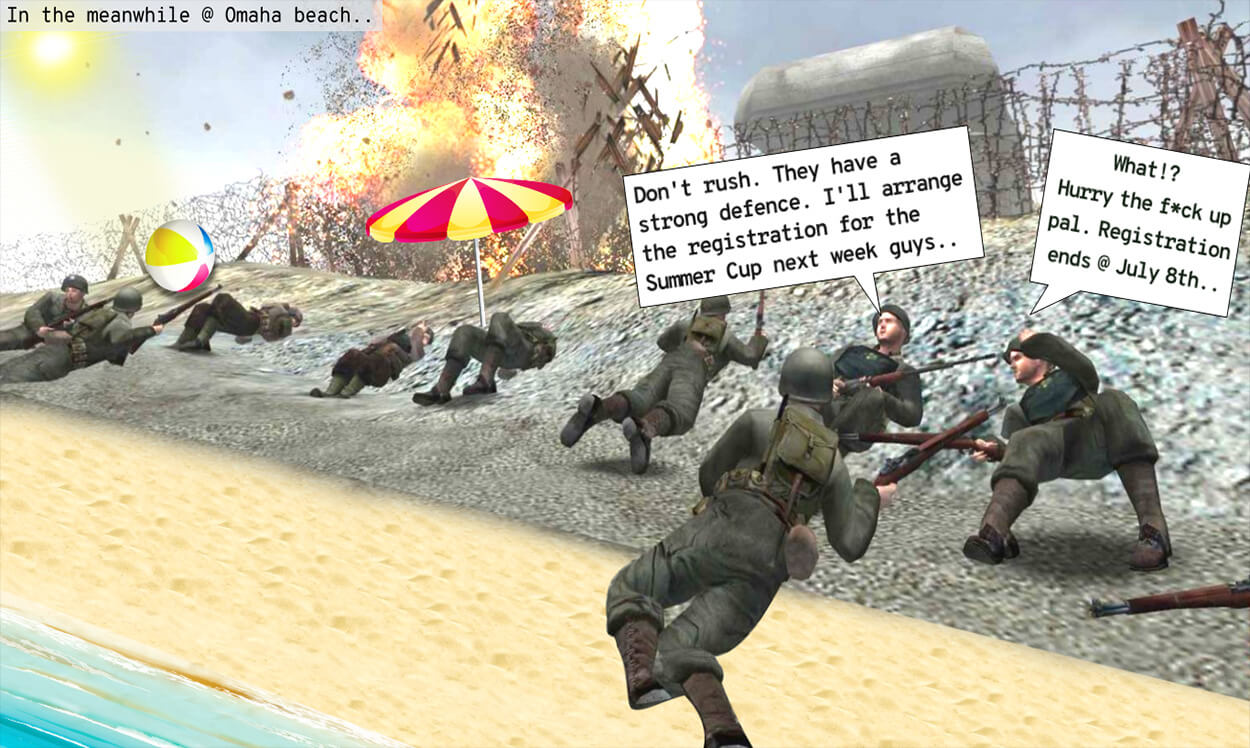 The ScrimBase Summer Cup 2020 is coming up, here is all the information you need!

The upcoming tournament will differ from previous MOHAA cups. We are stepping away from the classic tournament group stages that turn into playoffs. The new new tournament will be structured as follow:

We will have atleast two divisions: Premier Division and Challengers Division

The 12 best teams will battle for the title in a double-elimination tournament. The bracket will be based off the team's ScrimBase ladder ranking. When losing a match in the winner bracket the team will have a chance to redeem themselfs in the lower bracket.

The remainder of the teams will fight for the Challenger title in a similar double-elimination tournament bracket. The bracket will also be based off the team's ScrimBase rank.

No more whistles:
Only the mohaa game downloaded from mohaamac.com is allowed, you are however allowed to use the cinematic mod as modification to your mohaa folder.

Do the inco, show us what you got:
AlphaMAC + OBS recording or stream can be used as a punishment for the players that got voted around 50-85% in cheat cases. If the person does not want to comply it will result in a ban. Also not being able to share your record after the war will result in a forfeit loss. This will only have effect on NEW cases.

Got something to hide?
If requested by one of the cup teams; admin applies to match and have a discord group conversation with both captains to schedule the date.

We want to see you, but not so quickly:
Cup match streams should have a 4 min delay. A longer delay is not necessary (already happening but needs to be in the rules).

Buy a watch:
Match time = Match time, Clans need to agree on the server at least 30 mins before the match.

Easy file for easy life:
pstN made pk3 files for both realism and default which will be the new standard and needs to be uploaded to every server instead of separate files for realism, nade fix, mapfix, etc.

Never leave unfinished business:
To be eligible for prices you must finish the cup. Forfeit loss = no price.

Grow up:
If being judged guilty for bad behavior you will be excluded from future tournaments.

Mic check! Am I coming in?
If an admin wants to stream a cup match, neither clan can refuse a stream. The stream will be on a 4 minute delay as stated above.

More lost souls:
All cup matches are 4on4, if clans wish to play 5on5 they will have to agree before the war and after validation by an admin it cannot be taken back unless its agreed on by both clans.

No more grenades when breached, hooray:
Hunt: We removed the breach message
This is included in pstN's scrimbase pk3 files mentioned earlier.

We listen, do not worry:
Custom maps will be introduced next cup, more information soon.

Posted on 1 July 2020 at 23:54 by BrianDJ from ScrimBase Crew
We have detected AdBlock. Please disable AdBlock on ScrimBase!

Its mohaa already dead? or ppl still playing. If we can play...how und wich servers?